Australia is one of the most popular destinations for studying abroad. International students are able to choose from more than 40 universities spread across the continent.

Every university city in Australia has something different to offer. Some are cheap, which helps international students on a tight budget. Others offer culture and big-city life. Still others offer an outdoors lifestyle and great beaches. 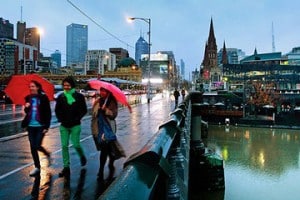 With over 4 million people, Melbourne is Australia’s 2nd biggest city (just behind Sydney).

If popularity is the measure, Melbourne is Australia’s best place to study abroad. People are drawn to Melbourne because of the city’s universities (8 in total) and reputation for sport, music, dining, art and street culture.

But Melbourne is not ideal for everyone. The climate is cool by Australian standards and the city has few nearby beaches. Australia’s other cities are worth a look in choosing the best place for study abroad. 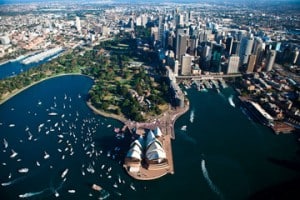 Sydney is Australia biggest city and is known as its most global city. It is also the biggest destination for international visitors.

Sydney’s global appeal is due in part to its spectacular harbour and almost perfect climate. It has a reputation for being fast paced and offering plenty of things to do on any given day.

Cost is one of the main reasons why Sydney has fewer international students than Melbourne. Sydney is one of Australia’s most expensive cities to live in because of high property prices. It doesn’t help that 3 of the city’s 5 universities are based close to the city centre. 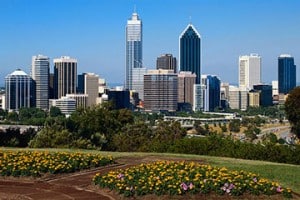 The fast-growing metropolis is the only major city in the vast, arid state of Western Australia.

Perth is a popular destination for study abroad because of a warm and sunny climate and 5 universities that welcome international students. It is also close to South-East Asia (and in the same time zone).

The city is ideal for outdoor recreation, with sunshine and wide open spaces (including surf beaches).

Most of the university campuses are in suburban areas some distance from the main Perth night life. This is a drawback for students looking for a big-city experience.

Sub-tropical Brisbane is Australia’s 3rd largest city, with 2.2 million people. There are at least 100,000 university students in the city, with more than 20,000 from abroad.

Brisbane may not be Australia’s strongest place for education as it only has 3 local universities (which is not many for a city of its size). However, it has to be a contender for Australia’s best university city in terms of lifestyle.

Brisbane is a cheaper place to live than Sydney, Perth and Melbourne. It has a warm climate, though slightly hot and humid in the summer.

The areas near the CBD are good for students, with cycling tracks and plenty of entertainment options in a small area. Brisbane lacks a natural beach but is within 100 km of both the Sunshine Coast and Gold Coast. 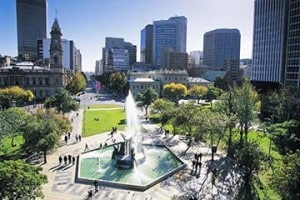 Adelaide is the smallest of the big cities, with 1.3 million people, but a popular place for studying abroad. Around 20,000 international students live there.

Adelaide may be the best place for studying abroad if you are on a relatively tight budget and not especially interested in a big-city experience. It is one of Australia’s cheapest cities and has 3 large universities spread across metropolitan and urban areas.

Adelaide is a highly planned city with a grid layout. It has some beautiful walking and cycling areas in the university precinct near the CBD.

Adelaide is relatively spread out, meaning not everywhere has convenient access to public transport. Most people travel by car. The climate is seasonal but tends to be dry and warm.

Hobart is one of the lesser known university cities but offers something a bit special. The city is located at the bottom of Australia, positioned below Mount Wellington and straddling the deep waters of the Derwent River. It is home to the University of Tasmania. Hobart is an inspiring place to study, with a cool climate and spectacular views and countryside. Students can find high quality accommodation that is very affordable.